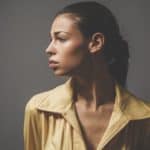 Tinnitus is a common condition, affecting 15% of Americans. The sufferer experiences a constant ringing or buzzing in their ears. Although not a life-threatening illness, it can be debilitating.

If you’re experiencing tinnitus you may be wondering what your options are for how to stop ringing in the ears. Read on for everything you need to know about tinnitus care and hearing aids.

Tinnitus is a condition of the inner ears, which is usually brought on by long-term exposure to loud noise. You’ve probably experienced temporary tinnitus in the form of a ringing or humming sound in the ears following a concert. Temporary tinnitus will usually disappear after a few hours.

Permanent tinnitus is more serious and can also be painful. You’re particularly likely to be affected if you work in construction, factories, airplane hangars or music venues.

Others may develop tinnitus as a result of severe infection or trauma to the ears. For some, it is simply a symptom of aging.

Due to its common cause of noise exposure, tinnitus is usually experienced alongside some form of hearing loss.

Tinnitus can only be heard by the sufferer, so it can be tricky to diagnose. However, due to its prevalence, doctors are becoming more familiar with the condition.

TINNITUS CARE – HOW CAN IT BE MANAGED?

Unfortunately, there is no known cure for tinnitus. For some tinnitus sufferers, this may mean playing music to distract from the noises. For others, sleeping with white noise or a fan running can help.

Some patients may be offered therapy in order to learn to ignore the sounds, or to be less mentally focused on them. There are also emerging sound therapy programs which claim to be able to decrease the volume of the ringing.

However, for most sufferers it’s a case of learning to live with it and to avoid causing any further ear damage.

As mentioned, tinnitus often occurs alongside some level of hearing loss. Therefore some tinnitus suffers may already be wearing hearing aids.

Hearing aids are comprised of a tiny microphone, amplifier, and speaker. These are worn in or around the ear.

They are designed to increase the volume of sounds which the wearer has difficulty detecting. This increased awareness of environmental sounds can help to mask the intrusion of tinnitus. A high number of hearing aid wearers have reported that their aids have also relieved the symptoms of tinnitus.

Hearing aids can do more than masking the tinnitus sounds by amplifying other sounds. They can also stimulate the auditory pathways to the brain. This is also thought to improve the symptoms of tinnitus.

So there you have it – everything you need to know about hearing aids and tinnitus care. If you or a loved one are suffering with tinnitus, hearing aids could be the solution.
If you’d like to know more about the options available to help manage your tinnitus, contact us today.